The charts illustrate how different British students sector at one university in England who were able to speak languages other than English in the years 2000 and 2010.

The line graph illustrates the regional average CO2 emissions per person in the UK, Sweden, Italy, and Portugal from 1967 to 2007.

Overall, the average CO2 tonnes emissions of Italy and Portugal both showed the steady but significant rise over the period, while the CO2 emissions in metric tonnes in UK and Sweden experienced a downward trend.

In 1967 the average of Portugal was the least about a tonne and increased steadily to almost 6 tonnes in 2007, became the same as Sweden. Italy also rose noticeably from 4 tonnes per person to approximately 8 over a period of 40 years and exceeding Sweden’s average after 1987.

The average CO2 emissions presented the highest in the UK throughout the period, which declined slightly from about 11 to 9. In the contrast, the average of Sweden had grown in the period of 1967 to 1977, however, it dramatically decreased in the following decade. Then it fell down slowly at the end of the period. 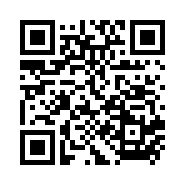